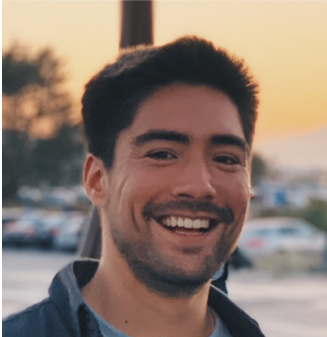 The solar industry in the Northeast is buzzing—and it’s not just from pollinators finding homes at solar farms across the country.

If you attended Solar and Energy Storage Northeast last week, you probably experienced this buzz firsthand. But in addition to the palpable excitement which is shared by many in the growing industry, this year’s conference brought with it a sense of maturity too. The steady chatter on the expo floor came not only from the voices of experts sharing knowledge and building relationships, but from those of partners, competitors, and friends reveling in what has become a global industry that is beginning to think more holistically about its future.

Hosted annually by the Solar Energy Industries Association (SEIA) and Smart Electrical Power Alliance (SEPA), Solar and Energy Storage Northeast aims to bring together a wide range of industry leaders for productive conversation and commerce. This year, the conference featured 116 different exhibitors from all facets of the industry as well as a series of panel discussions spanning topics like interconnection, storage, agriculture, community solar, and northeast state policy.

In case you missed it, here are 5 things we took away from the conference.

Thanks to state policy updates in 2019 which have allowed for solar projects up to 5 megawatts in size to use net-metering, Maine is quickly emerging as one of the most exciting solar markets today—and everyone knows it. With incentives for building community solar projects on land already in use, like landfills and rooftops, and a whole lot of other land suitable for solar development, Maine is poised to see a rapid rise in development over the next few years.

These solar opportunities are exciting for more than just developers too. Solar will help to boost the local economy in Maine by creating jobs and helping to lower energy costs. The addition of more local, clean energy to Maine’s grid will help displace some of the 5 billion dollars a year the state spends on importing fossil fuels from other states every year.

Whether you’re a solar developer looking to build your next project, a local farmer looking for a way to maximize the value of your land, or a community member looking to save money on electrical costs as a community solar subscriber, your solar future in Maine is bright.

2. Interconnection remains a challenge in Massachusetts.

If you are a utility or solar developer in Massachusetts, this is most likely not news to you. The rush to develop solar in Massachusetts has resulted in utilities needing to slow down development and study the impact of adding solar to the grid. There may need be to upgrades to the grid infrastructure in order to accommodate the added energy. While these utility studies are frustrating obstacles for developers, they are also a clear sign that Massachusetts is making a concerted effort to clean up its energy supply.

During a panel entitled Streamlining Interconnection in Massachusetts, panelists called for more structured communication between utilities, developers, and policymakers. The panelists also highlighted automation as an important next step for improving interconnection and were in favor of performance-based incentives for utilities.

We need to make the solar rush in Massachusetts beneficial for all parties involved if we want to achieve the state’s ambitious clean energy goals—and many believe that the process begins with more streamlined communication between stakeholders.

The story of community solar projects helping to provide farmers with a reliable source of income is becoming a story well-told in New England. In many cases, steady lease payments from solar projects can save farms that are struggling to keep their land profitable due to the unpredictability of New England farming.

But as solar technology advances, these stories are quickly evolving. Sustainable development practices such as pairing solar with pollinator-friendly habitat, conservation practices, and animal grazing are becoming increasingly recognized as standard development practices in the solar industry. In many cases, solar development can even help to expand a farm’s agricultural output by improving soil quality and diversity.

Solar development that allows for a symbiotic relationship between solar and agriculture on the same plot of land is called Agrivoltaics—and it is fast emerging as a new opportunity for farmers and solar developers to achieve net benefits.

BlueWave is currently working on a Dual-Use pilot project in Grafton, Massachusetts.

Coronavirus is beginning to spread across the globe and it’s taking its toll on more than just public health: the virus also poses a threat to the global economy, including the solar industry. Since China is the world’s largest solar module producer, delays in manufacturing due to quarantines and other safety protocols could begin to slow down development in other countries. China delayed the opening of many manufacturing plants in 2020 as part of its disease management protocol. Some countries including India and the Philippines have already begun to experience delays.

In the U.S., the effects of China’s slowed production are likely not going to be felt until later in 2020 since most manufacturers have already received their shipments for near-term projects. While it’s still too early to tell what the long-term effects of the virus will be, many in the industry are paying close attention and preparing for potential supply chain delays or even spikes in prices.

Solar will play a crucial role in achieving Massachusetts’ clean energy and decarbonization goals. But as solar continues to spread across the state, developers must take into account the potential ecological and environmental impact of project construction.

As pointed out during a panel called “Overcoming Land Use Issues in the Northeast,” landscape impacts such as tree cutting do occasionally take place as part of the solar development process. However, in recent years the industry as a whole has begun to think more holistically about minimizing their developmental footprint and using solar to not only clean up our energy system but to provide net benefits to local ecological systems. The rise of Dual-Use solar and other sustainable development practices like pairing solar with land conservation efforts are just a few of the results of this thinking.

As the solar industry evolves, it is imperative that developers collaborate with all stakeholders to maximize the net benefits of sustainable solar projects. We must shift from focusing on building individual projects to understanding solar as part of a larger land management strategy.