In Massachusetts, Solar Can No Longer Be Ignored 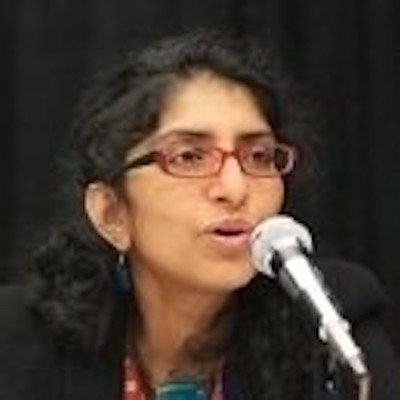 If you had any questions about the proliferation of solar energy in Massachusetts, look no further than the recent news about National Grid’s transmission study. This “Cluster Study,” as its been called, was initiated in May to assess the collective impact of the recent rise in distributed energy projects, both built and planned, in the central and western parts of the state. In other words, the opportunity for solar in Massachusetts is so large that utilities are now worried about overloading the transmission system.

According to National Grid, this study has been somewhat unavoidable given the rapid development of large-scale solar projects in recent years and the potential for future development. However, while important for assessing what potential upgrades might be necessary to accommodate more solar power on the grid, the transmission study is also a frustrating and debilitating obstacle for developers. It has created a lot of uncertainty around project timing, causing many projects to be delayed if not scrapped altogether.

Amidst the debate, one thing is certain: the success of the solar industry in Massachusetts is forcing utilities and state regulators to take solar seriously—to plan for an energy future that centers around clean, renewable, distributed energy. As Tim Roughan, National Grid’s Director of Regulatory Strategy put it in a recent Green Tech Media article about the study, “…there’s a reason we’re here: It’s because of the incredible success of the solar community.”

Why is the transmission study needed?

State incentives and ambitious greenhouse gas reduction goals have spurred rapid development from the renewable energy industry in Massachusetts, a state that now gets roughly 11 percent of its electricity from solar. With the launch of the Solar Massachusetts Renewable Target (SMART) program in 2018, National Grid received an unprecedented number of applications for distributed-generation solar projects. 253 applications were filed in April 2018 alone, many of which were planned for the central and western parts of the state.

Power is typically designed to flow from central generators through high voltage transmission lines to a distribution grid and ultimately to consumers. Power is transmitted at voltages that are too high for homes and businesses, so this system was designed to “step-down” voltage from generation to consumer. Unlike other forms of power generation, distributed solar projects are interconnected directly to the distribution grid and therefore bypass the transmission lines. As more and more solar projects are built and interconnected, there’s potential for the distribution grid to be overwhelmed and power could flow in the reverse direction back towards the transmission grid. This “reverse flow” can cause significant voltage issues as well as other transmission problems—and it is exactly what National Grid, and other regulators, are worried about.

As a result, National Grid has decided to press pause on projects above one megawatt in particularly saturated areas of the state. For context, one megawatt is enough to power roughly 160 average sized homes annually. All in all, 862 megawatts of projects in various stages of development, including several that were just awaiting interconnection, were included in the study—and therefore temporarily halted.

What impact does the transmission study have on BlueWave projects?

For developers, there remains a lot of uncertainty about timelines and the impact of delays on the financial viability of projects. Questions about timing are especially troublesome for community solar projects because delays can impact the flow of project revenues to solar asset owners and bill credits to subscribers. Increased uncertainty leads to higher levels of customer attrition, further skewing project financials and risk profiles.

BlueWave has several projects that are being impacted, although some megawatts have been pulled out of the study and are now moving forward. We continue to work with National Grid, our project partners, and customers to ensure as much transparency as possible about the study and its impacts.

What does this mean for the future of solar in Massachusetts?

Massachusetts has positioned itself as a renewable energy leader in the United States. Over 2,500 MW of solar have been installed to date making Massachusetts the 8th ranked state in terms of solar production. The majority of this production comes from non-residential projects or utility-scale projects like community solar – you can see the particular spike in these types of projects in recent years in the chart below from SEIA. It’s clear the state won’t meet its ambitious clean energy and climate goals without these types of projects. Unfortunately, these are the exact types of projects that are being impacted by the transmission study.

The transmission study also offers an interesting reflection point for the solar industry at large in Massachusetts. It’s a testament to just how far the industry has come, from a few niche projects to a significant player in the state’s energy production mix. The transmission study shows that solar and other forms of distributed energy need to be taken seriously. If only 11% of solar energy is causing transmission issues, the industry collectively needs to put its heads together to design a robust solution for the 80% or 100% renewable energy future that is required to address climate change. State agencies and utilities need to thoroughly plan for an energy future that is cleaner and more distributed. Solar is one of our best tools for the fight against climate change. We cannot afford to let barriers get in the way of progress.

As we move forward from the transmission study, developers, state regulators, and utilities should be armed with the information and data needed to make smart decisions about solar development in the future. Presumably, the study will establish new precedents for technical solutions to our transmission infrastructure that will enable smoother integration of solar into the electricity supply mix. That’s an outcome that we all can rally around.