Tiny New York Town To Floating Solar Wallflowers: Catch Me If You Can!

A tiny town in upstate New York has cracked the floating solar code, setting the stage for converting both urban and rural reservoirs into renewable energy power plants. 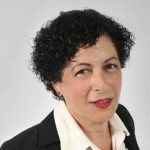 While practically everybody else in the US has been standing around waiting for floating solar to happen, the tiny town of Cohoes, New York, aims to nail the title of First Ever Municipality in the nation to launch a publicly owned, utility scale floating solar power plant. That might sound like just a blip on the renewable energy screen, but Cohoes appears to have cracked the code for PV in communities that don’t have enough open space for large solar arrays, and that could have widespread implications for both urban and rural solar development.

Cohoes Cracks Floating Solar Code, With An Assist From NREL

The new Cohoes floating solar project sailed across the CleanTechnica radar earlier this month, when the Energy Department’s National Renewable Energy Laboratory gave itself a pat on the back for sparking the idea.

“Cohoes does not have acres of unused land for solar panels, and the slate-topped buildings cannot hold rooftop solar,” NREL noted. “Moreover, with its high amount of low- and moderate-income (LMI) residents, 17,000-person Cohoes was not swimming in cash.”

What Cohoes does have is a 10-acre reservoir. As the story goes, two public servants of the city got wind of the floating solar trend and soon found themselves deep in the weeds of an NREL report titled, “Floating Photovoltaic Systems: Assessing the Technical Potential of Photovoltaic Systems on Man-Made Water Bodies in the Continental United States.”

CleanTechnica happened upon the same study back in 2018, and it’s a real eye opener. We took note of findings like this…

“…researchers estimate that installing floating solar photovoltaics on the more than 24,000 man-made U.S. reservoirs could generate about 10 percent of the nation’s annual electricity production.”

“Many of these eligible bodies of water are in water-stressed areas with high land acquisition costs and high electricity prices, suggesting multiple benefits of FPV technologies.”

What About A Power Purchase Agreement?

With the reassurance of technical feasibility in their collective pockets, Cohoes director of operations Theresa Bourgeois and her team set about tackling that little thing about money to pay for the project.

The problem is that renewable energy tax credits generally don’t apply to public assets and non-profit organizations. However, a growing field of grant dollars for affordable renewable energy has been blooming. The Bourgois team used the NREL study to leverage their appeal for a floating solar award.

“The City of Cohoes is proposing a municipally owned and operated 3.2 MWdc Floating Solar demonstration project to be installed on its water reservoir, at a cost of $5.9 million,” the city explains. “This project would demonstrate that leveling the playing field by providing grants to municipalities — as an alternative option to current tax credits for private investments — for Floating Solar installations would incentivize municipalities to invest in their own energy infrastructure in a sustainable way, while realizing the full economic benefits of doing so.”

By “full economic benefits,” part of what they mean is building a new municipal facility without having to transfer privately owned land into public hands, which would take it off the tax rolls.

The other part has to do with power purchase agreements, which have become a widely used platform for financing renewable energy projects with little or no money up front.

If you’re wondering why Cohoes is not going the PPA route, that’s a good question.

Cohoes explains that in a PPA scenario “the majority of the economic benefit, by way of tax credits and full life-cycle savings, accrues to the asset owner, which in this scenario is the private developer and not the municipality.”

Group Hug For US Taxpayers

Cohoes takes note that the public funding model has already gotten a test run. They cite a non-floating solar project in Somerton, Arizona, that was built in 2012 with funding from the federal Community Development Block Grant program.

If that seems to smack of socialism, it’s worth noting that public and/or member-owned electricity assets have always been a feature of the US energy profile, including the nation’s sprawling rural electric cooperative network.

In that vein, Cohoes is already taking the opportunity to inspire other communities to consider floating solar arrays on their reservoirs, noting that “the project may also spark interest in tapping appropriate water surfaces as a viable platform for solar energy generation.”

“Meeting the ambitious and essential clean energy goals that have been set at the Federal, State, and local levels will require all sectors at all levels to do their part. Cities are on the front lines of that effort, and must lead by example to create the necessary changes at the required pace,” they add.

If that sounds pretty ambitious, it is. Cohoes describes itself as a small working class municipality with a population that tops out at 17,000, encumbered by a large electricity bill of about $660,000 yearly.

The new floating solar array will be sailed onto the city-owned reservoir at the Cohoes Water Filtration Plant. The city estimates that municipal demand on the new array will only take up about 60% of the output of the solar panels. The rest will be reserved for economic and environmental justice initiatives, which presumably means assistance with utility bills for individuals, or for community organizations and other agencies.

So far it looks like all systems are go. On March 9, the regional news organization Times Union reported that Cohoes nailed a $3 million slice of the federal spending bill, as part of a $14.5 million package to be shared among upstate communities in Albany, Rensselaer, Saratoga, Schenectady and Montgomery counties. Cohoes anticipates making up the remainder with additional state and foundation funding.

Aside from potentially saving money on electricity costs, floating solar arrays can also act as a water conservation tool, by reducing evaporation from reservoirs. The benefits flow both ways, as the cooling effect of the water can improve solar conversion efficiency. It’s also possible that sunlight reflecting from the morning in the early morning and late afternoon can help improve PV efficiency during non-peak solar hours, when the sun is low on the horizon.

In addition, Times Union reporter Kenneth C. Crowe II notes that the Cohoes array is expected to help prevent algae from accumulating in the reservoir, which will reduce the need for chemical treatments.

With all these benefits, one may wonder why floating solar has not caught on in the US. Well, it seems about to. Though Cohoes is on track to install the first floating solar array developed with public funds, the equally tiny town of Sayreville, New Jersey, already lays claim to the first ever floating solar array on a reservoir in the US, and the developer of that project has more plans in store.

The PV panels sit atop retention ponds at the town’s water treatment plant, which is also the site of a conservation area and popular fishing site. Apparently the 4.6-megwatt array does not bother the fish or the anglers. The expectation is that shade from the panels will improve the aquatic environment.

The Sayreville developer, Ciel & Tierre, already counts 245 floating solar arrays under its belt around the world. Last summer the company’s Laketricity offshoot joined forces with the developer BlueWave Solar in a joint venture aimed at at launching floating solar arrays in Massachusetts and other parts of the Northeast, where open space for solar development is hard to come by.

The joint venture will mark BlueWave’s first venture in the floating solar field, and that should make things very interesting. BlueWave already has a track record in the community PV area and it is also involved in the agrivoltaics space. We’re guessing that the joint venture will be targeting agricultural reservoirs as well as municipal water supply reservoirs. If you have any thoughts about that, drop us a note in the comment thread.

In a related matter, hydropower reservoirs are also being eyeballed for floating solar arrays. Researchers have suggested that the addition of solar power to existing hydropower infrastructure could reduce or eliminate the need to build new dams and reservoirs, thus avoiding potentially catastrophic impacts on local habitats.

This article & photograph originally appeared in a Clean Technica post on March 20, 2022.

Tina specializes in military and corporate sustainability, advanced technology, emerging materials, biofuels, and water and wastewater issues. Views expressed are her own. Follow her on Twitter @TinaMCasey and Google+.