BlueWave Solar has been granted permission to install and operate a solar array on a former landfill in Beverly, MA 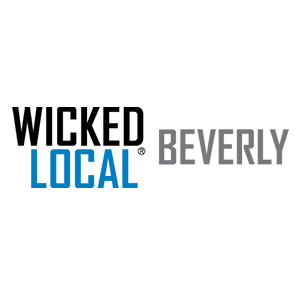 A large solar development to be located on a former Beverly landfill is expected to generate a significant amount of clean, renewable energy and help lower electric bills for the city and its residents.

BlueWave Solar has received approval to lease a 14.36-acre parcel of land from the city in order to install and operate a 4.9 megawatt DC solar photovoltaic system, containing 13,608 modules. The site, located just north of Brimbal Avenue on Route 128, was used as a landfill from 1961 to 1986 and was environmentally “capped” in 1999.

“This solar array is almost 5 megawatts of clean, renewable solar energy,” Beverly Mayor Michael Cahill said. “Any way that we can feasibly host renewable energy is something that we’re looking to do.”

Cahill said signing of a power-purchasing agreement will allow the city to save on electric costs and move, in a significant way, toward decreasing the impact of the municipality’s greenhouse gas emissions.

It is further anticipated that the project will have a community solar component that will allow Beverly residents to offset their own personal electricity costs while participating in a green energy project.

Based on the capacity of the project and the ability for community members to use about 2.5 megawatts total, Myles Fish, community solar business development director for BlueWave Solar, said about 500 households (averaging about 5 kilowatts of usage) could benefit from the savings. And anyone in the area with National Grid electric service would be allowed to sign up to receive credits on their utility bills.

“We have a program, called the Neighbors of BlueWave Program, where we would give [Beverly residents] preference ahead of the queue if that’s something the city was interested in,” Fish explained.

The project is also expected to “generate significant revenue for the city in the form of lease and PILOT (payment in lieu of taxes) payments,” according to a letter from the administration to city councilors.

Drew Pierson, senior director of development for BlueWave Solar, said the company was one of the first solar developers in Massachusetts.

“We strongly believe in providing solar access to all different types of off-takers,” he said.

Now that approval has been granted, utility work is expected to continue throughout the end of the year, and project construction is expected to begin within the next month or so.

“This is very much a shovel-ready project, if you will,” Pierson said.

This article originally appeared in the Wicked Local Beverly on Jul. 2, 2019