MaineHealth Commits to Solar Power for Half of its Energy Needs

The state's largest health care system has signed deals with 3 solar developers and says it expects to save $1 million a year in electricity costs. 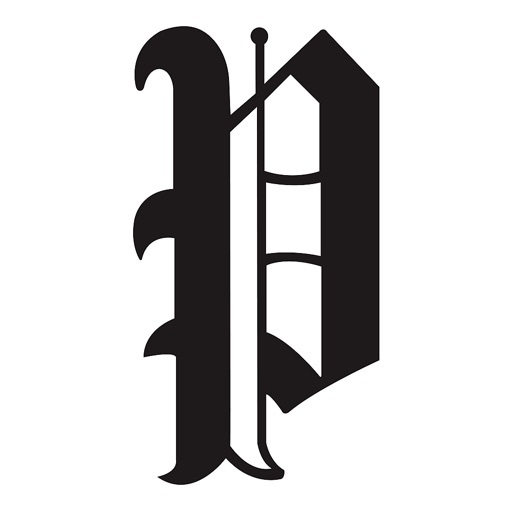 MaineHealth has reached agreements to purchase power from three solar electric developers in a plan that’s expected to cut the health care system’s annual electric bill by at least $1 million while encouraging the growth of clean-energy generation in Maine.

The 20-year agreements will help support 10 proposed solar farms located from Benton to Saco that would generate enough electricity to equal half the power used by MaineHealth properties. The projects are planned to come online within the next two years.

A not-for-profit integrated health provider and the largest in northern New England, MaineHealth operates nine hospital systems including Maine Medical Center in Portland. The organization said it made the solar decision based on a desire to help reduce its impact on climate change, create healthier communities and cut the overall cost of delivering care by saving money on energy purchases.

“Any residual benefit is 100 percent redirected to our mission of improving the health of our community,” said Troy Trejo, MaineHealth’s vice president for system development.

In choosing to partner with a trio of large-scale solar installers, MaineHealth is taking advantage of changes to state law enacted a year ago aimed at promoting solar development and reaping the economic benefits that accompany it. By a rough estimate, the 10 solar farms will attract $90 million in investment, according to Competitive Energy Services, the Portland-based consultant that helped MaineHealth arrange the deals.

Hard numbers around job creation and tax revenue have yet to be calculated. Still, the investment will be especially welcome during the economic downturn triggered by the COVID-19 pandemic, said Dan Burgess, who heads the Governor’s Energy Office. Rather than building a single power plant, the MaineHealth package spreads out investment among 10 communities.

“It’s really positive to see this development happening now,” Burgess said. “This is a great example of a business in Maine investing in clean energy to really secure its energy future, while reducing costs and reducing greenhouse gas emissions.”

In May, Central Maine Power Co. informed state utility regulators that the total amount of generation capacity eligible for net energy billing has reached 10 percent of its maximum load. Net energy billing is a program that allows electric customers to offset their bills by using the output of renewable generators. MaineHealth is using a change in the funding mechanism for net energy billing that was expanded last year to create a system of cash credits for buying solar power, funded through an assessment on electric bills.

By law, the Maine Public Utilities Commission now will evaluate the effectiveness of the program in hitting the state’s energy goals and providing benefits to electric customers.

Policies that were considered hostile to renewable energy during the administration of former Gov. Paul LePage made Maine an unattractive place for large-scale solar development. That changed in 2019, when the Legislature and Gov. Janet Mills enacted laws and set aggressive goals aimed at blunting the impacts of climate change. This turnaround set off a land rush, with national solar companies coming to Maine to sign contracts with property owners that have sunny sites close to transmission grid connections.

The solar farms being supported by MaineHealth are being built by two Boston-based installers, BlueWave Solar Inc. and Nexamp Inc. A third, Borrego Solar Systems Inc., is based in San Diego.

BlueWave has experience in Massachusetts working with landowners and institutions such as hospitals and colleges to build large solar farms, according to Rebecca Noyes, community solar associate at BlueWave.

“When Maine took that big step to expand solar, it was a no-brainer for us to bring that knowledge to Maine,” Noyes said.

The BlueWave projects will be in Benton, Buxton, Dayton, Naples and Saco. The Borrego farms are in Turner, Topsham, Harrison and Winthrop. Nexamp’s project is in Gorham.

In general, each project will have a capacity of just under 5 megawatts, a cap set in one of the new laws. That’s enough to serve up to 500 homes, with thousands of panels spread across 20 acres or so. Taken together, the MaineHealth package will have a generating capacity of between 40 and 45 megawatts of alternating current, according to Competitive Energy Services.

MaineHealth’s decision to offset half its annual power usage seeks to strike a balance between what can be achieved under today’s energy policies and preserving the option to participate in future opportunities, Trejo said. Beyond the $1 million estimate, the exact savings can’t be known yet because wholesale energy prices fluctuate, and MaineHealth is adding new buildings. But with Maine hospitals losing hundreds of millions of dollars in revenue from canceled surgeries and preventive care during the pandemic, Trejo added, being able to put $1 million a year toward services rather than an electric bill is meaningful.

MaineHealth’s decision to support 10 solar projects on its own is believed to be the largest such commitment made by a single Maine company, institution or other entity, according to Competitive Energy Services. But the consultant also is working with the city of Portland and a consortium of businesses that includes L.L. Bean, the University of Maine system and Nestle Waters to use the same expansion of net energy billing rules to put together an even larger clean-energy package. Contracts are still being finalized, but the package is expected to include more than 35 separate projects with a total generating capacity of 140 megawatts. Most development is expected to begin next year, according to Competitive Energy.

These solar projects complement a parallel effort within state government to sign contracts for the largest procurement of clean energy in Maine history.

A bill passed last year sets goals of generating 80 percent of Maine’s power from clean energy by 2030, and 100 percent by 2050. This law updated the state’s Renewable Portfolio Standard, the regulatory mandate to increase the contribution of solar, wind and other renewables to the power supply.

The PUC currently is sorting through bids it received for large-scale energy projects. It expects to announce winners by late summer or early fall.

*This article was originally published by the Portland Press Herald.