A burgeoning solar industry could offer landowners a financial boost, but industry leaders are cautious to protect the state’s prime farmland. 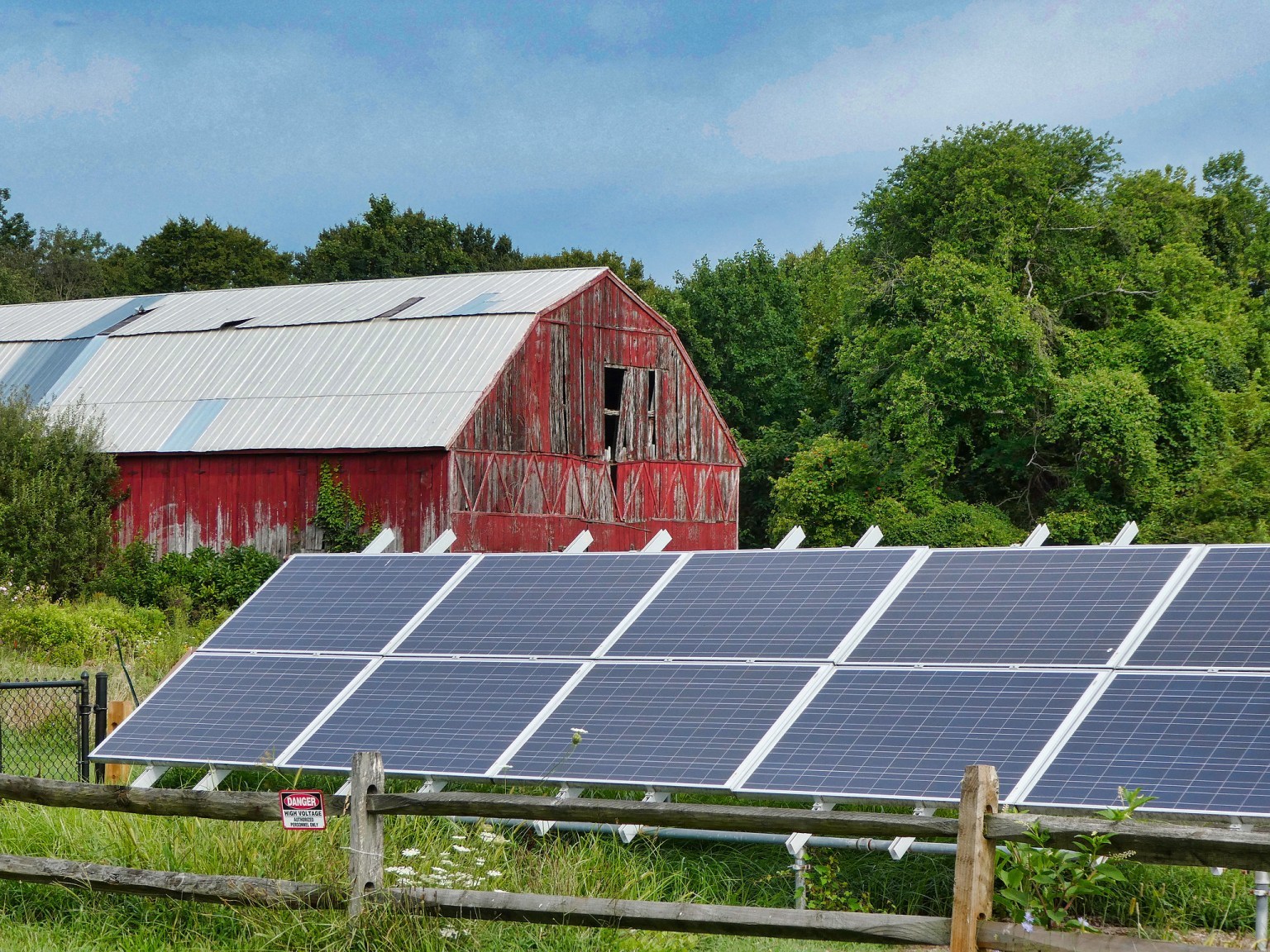 With solar booming in Maine, the state’s farmers now have to strike a balance between supporting themselves financially on the one hand, and watching out for their land on the other.

Large developers have their eye on Maine, especially after two bills signed into law last year set the state up for major solar procurement in the coming years.

For farmers already dealing with a tough economic outlook compounded by the pandemic, solar could be a valuable source of income on their land. But without financial incentives to encourage partnerships, both farmers and developers run the risk of losing more than they gain by working together.

Furthermore, some farmers worry about losing access to new land as they try to compete with huge developers. And in a field suddenly teeming with interest, farm industry leaders worry their members will enter lease agreements without adequate information on what they’re getting into.

Ellen Griswold is the policy and research director at Maine Farmland Trust, an association that promotes farmer interests, including land protection. The group “believes that solar energy generation and agriculture can coexist in Maine in a mutually beneficial way,” Griswold said. “I just always like to say that because we’re not one-sided on the issue.”

At the same time, Griswold said, after last year’s legislation was passed, “we started getting tons of calls from farmers” being contacted by developers to lease their land. “Some had 12 different solar developers who contacted them.” The organization created an information sheet with advice for farmers, strongly recommending they consult with an attorney before agreeing to anything.

“Solar siting is what it’s all about,” she said. The farmland trust, in tandem with several environmental groups including Maine Audubon and the Nature Conservancy, released a set of best practices for siting. The recommendations say solar development should avoid land designated by the state as “prime farmland” or similarly labeled. Rather, preference should be given to less productive parts of the farm, like rooftops and degraded areas of land.

When development does take place on farmland, the guidelines say the land should be preserved as much as possible. Dual-use projects — those in which the land is used both for development and farming — should also be encouraged, they say.

But those recommendations aren’t always feasible. Often the most productive farmland is also the most productive for solar. And without a state-leveled financial incentive to encourage dual-use projects, development becomes more challenging as both farmers and solar companies need to minimize their risk.

With current policy change attempts stalled in the Legislature and Public Utilities Commission, “I think it would be helpful to have a project in Maine and see what it looks like, see what it actually winds up costing,” Griswold said. That could provide data for policymakers and developers.

At least one developer is embarking on a pilot project that participants hope sets an example.

With that subsidy, “we can set up a construct where we are actually paying a farmer some amount of money per acre,” said Drew Pierson, head of sustainability at BlueWave. This allows the farmer to experiment with new equipment and techniques to work on the land around the solar panels. Traditional farm equipment is too big to navigate between panels, Pierson said.

The financial cushion means the developer can space panels farther apart — they don’t have to get the maximum use out of every acre they lease — so it’s easier for the developer and the farmer to work together, he said. BlueWave’s officials can also use the subsidy to hire a farm manager or assistant supervisor who can work with the farmer.

BlueWave is partnering with a landowner in Rockport for the pilot. The planned 15-acre project would include 5 acres dedicated to blueberry cultivation, in which the panels would be altered — for example, elevated — to allow blueberries to grow underneath.

The project developers think this could benefit the crop: Drought has affected most of Maine’s blueberry crop, Pierson said, and the panels could help control temperatures and conserve water beneath them, potentially helping the blueberries grow. His team is in discussions with researchers at the University of Maine to study the impact of the panels on blueberry growth.

“If we get this right, we can prove that there is a very tangible benefit for blueberries,” he said. Through the partnership, they hope to figure out an ideal incentive structure that would encourage farmers to continue cultivating with developers on their land.

Pierson acknowledged that as it stands, this is not a repeatable project. It comes with higher out-of-pocket costs for BlueWave than a normal project. But, he added, “this could be repeatable if there was a financial incentive behind it.”

For landowner David Dickey, the project does have some economic appeal, thanks to the lease payments from BlueWave.

“I knew there would be some incentive, but I was more driven by the process and seeing how solar would work,” Dickey said in an email. “However, if I pass the land down to someone else in my family, I know that the financial incentive of solar will help offset the costs for them. It feels like a win-win, and I like a win-win.”

Alan Robertson, BlueWave’s senior director of project management, said that farmers view solar as a potential and necessary source of income. He noted that one farmer the company is working with refers to it as “farming the sun” — like having a new crop to diversify his output, and also something to give his fields a chance to regenerate after they’ve been used for growing for so long.

The company is also working with a new dairy farmer in Maine, Robertson said. “They need supplemental income … and where they look to is solar to do that,” he said. He added that BlueWave is working with Maine Farmland Trust and that the company’s leaders “want to make sure we’re pressing forward in conjunction with them.”

For dairy farmer Heather Donahue, despite its promise, solar brings some concern. “I have conflicting feelings about all of this,” said Donahue, who, along with her husband, cofounded and manages Balfour Farm, in Pittsfield.

She’s supportive of renewable energy. Balfour, which isn’t connected to the grid, used a federal grant last year to install a rooftop solar array that provides almost all of its electricity.

“At the same time, I see acres upon acres of good open hay ground that a couple hundred years ago there was a lot of blood, sweat and tears to clear that land,” and now it’s being used for solar, she said. “I have misgivings about that.”

It also risks taking the hay away from other farmers who need it, especially now that drought is making it more difficult to grow crops for hay, she added. “My personal preference is for them to be roof mounted.”

“We’ve heard from many of our members … that they have received inquiries from the solar farm industry, and they’re curious, and they’re wondering what are the implications here,” said Heather Spalding, deputy director of the Maine Organic Farmers and Gardeners Association, whose members include Balfour.

“Our hope is that the [Maine] Department of Agriculture would have a very strong influence in setting [permitting] standards … and that the quality of farmland and actual permitting process would take into consideration Maine’s agricultural economy,” Spalding said, “and so that it doesn’t turn an agricultural economy into an energy economy.”

David is a New York-based journalist who has written on health, science and the environment for various outlets, including World Wildlife Fund and the Chicago newspaper Windy City Times. He has reported on topics including the city’s opioid epidemic, bird research at the Field Museum, and LGBT youth in foster care. He covers northern New England for the Energy News Network.