"It takes a community"

And other insights from the Solar Power Finance & Investment Summit 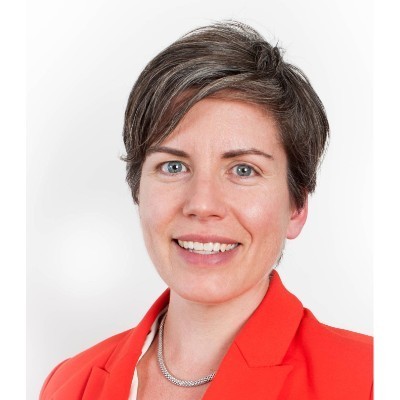 “Developers are awesome,” pronounced Shaun Laughlin, Head of U.S. Strategic Development at Standard Solar. Not surprising to hear this from a longtime solar developer and project financier. But his point, that developers figure out how to get solar deployed despite complex incentive programs and regulations, was well-taken. Community solar looks different in every state where it exists, yet developers navigate those differences and get projects done regardless of inconsistencies across markets.

Last week, at a panel discussion at the Solar Power Finance & Investment Summit in Carlsbad, California I had the opportunity to hear from several solar companies working to deploy community solar. The moderator, Erik Malinowski, of Fredrikson & Byron, kept panelists on their toes and they responded with quick insights from the field. In their responses three themes emerged that underscore where community solar is headed in 2019.

The market is growing, and more developers and investors are getting into the game.

Panelists discussed states where community solar is already established. States like Massachusetts, Minnesota, California, and Colorado where favorable policies and market conditions have spurred community solar development for several years. But the conversation quickly pivoted to states new to community solar, like New York and Maryland, and states expecting to see huge growth in 2019, like Illinois and New Jersey. While these states are largely known community solar leaders, the conversation also centered around emerging markets in New Mexico, Wisconsin, and Pennsylvania where the regulatory process to enable community solar has started. In fact, according to the Solar Energy Industries Association (SEIA), “the next several years will see the U.S. community solar market add as much as 3 gigawatts.” That’s enough “to power almost half a million homes,” and these new markets will play a major role in adding to that capacity.

“The next several years will see the U.S. community solar market add as much as 3 gigawatts."

The rush is on, and the growing appetite for community solar was palpable, not only during the panel discussion, but throughout the Summit.

The panelists pointed out the relative ease of working with a small number of commercial customers, something most of them are accustomed to, compared to servicing hundreds or thousands of residential customers common in most community solar markets. Residential customers require treatment compliant with state consumer protection laws and added levels of cybersecurity. Therefore, many developers outsource community solar customer enrollment and management services, and those on the panel agreed that the quality of the servicer is important to the overall health and value of the project.

My colleague, Mike Marsch, Principal of Community Solar at BlueWave, highlighted the rush of applications when new community solar programs open. Similarly, he pointed to the growth of new start-up businesses providing third-party customer enrollment and management. “There will be a consolidation in the market and flight toward strong servicers who can manage risk, solve problems, and provide high-quality long-term management,” he noted.

Sripradha Ilango from Soltage agreed, adding, “Who is the community solar services provider, what is their track record, and will they be able to last? There are a lot of new entrants to the market and you need to look out for these things.”

There are many service providers emerging with limited knowledge of the development process, which can impact their ability to communicate and acquire customers. These service providers may offer low management costs, but as Sean Rheuben from Altus Power America put it, “you get what you pay for” in community solar servicing and the lowest-cost option is not necessarily the best.

Today there is also a growing trend in customer management software that makes it easier for both customers and developers to access information about community solar projects and manage their accounts online. BlueWave uses one such tool across all our business lines that Doran Hole from Renesola gave voice to saying, “having a platform like BlueWave’s and others in the market makes it easy to put together a portfolio of community solar assets.” Just like enrollment and management services, however, not all software is created equal, and it’s important to do your due diligence before buying a new fancy tool. Make sure to get a demo and think through what it will actually be like using the tool on a regular basis.

The panelists noted several opportunities for more streamlined deployment of community solar. One trend among states looking to dip their proverbial toe in the water is to run small pilot programs to find out which program elements work best. Panelists noted that without scale and standardization, however, the market cannot thrive and produce the best projects at the best prices.

Doran Hole from Renesola pointed out the opportunity to collect and share lessons learned from states where community solar is already working well, like Minnesota and Massachusetts. Learning from and modeling after these exisiting state programs will enable new programs to scale quickly, and will reduce the need for small, experimental pilots.

Another common challenge raised by the panel was the credit profile of residential customers and the role credit scores play in acquiring new customers. The panelists agreed that a FICO credit report isn't necessarily the best predictor of customer repayment and using it as an underwriting criterion is short-lived. Instead, asset owners should look to the abilities of the service provider to replace customers. As Marsch put it, “Life events happen that cause customers to end their community solar participation. It’s not about trying to stop that, it’s about the ability to work with it.”

“Life events happen that cause customers to end their community solar participation. It’s not about trying to stop that, it’s about the ability to work with it."

Related to FICO scores and customer payments, the panel delved into the topic of low- and moderate-income participation requirements and incentives. The panelists generally agreed that the risk of nonpayment by low-income customers is not as high as financial institutions might believe. Still, Ilango articulated, “state agencies and utilities need to be involved. Developers are awesome, but we are not the best solvers of all problems – the issue of low-income access to the benefits of solar is one of them.”

As the panel wrapped up I was struck by the excitement in the air. I’ve been working in community solar for a long time and it’s amazing to see how far we’ve come. Some major obstacles have been overcome in recent years, and states and developers are starting to see community solar as a huge opportunity. But there’s no doubt that many challenges remain. Community solar is still a new concept and for many customers and developers alike, it’s an unknown product. But luckily there are some very smart people and innovative companies leading the charge and coming together to map a course forward. As Laughlin put it at the end of the panel, “it really does take a community to make a community solar project.”

Thank you to all the panelists at Solar Power Finance & Investment Summit who provided wonderful insights for this article.