From Rocks to Potatoes: Solar at Sampson Farms 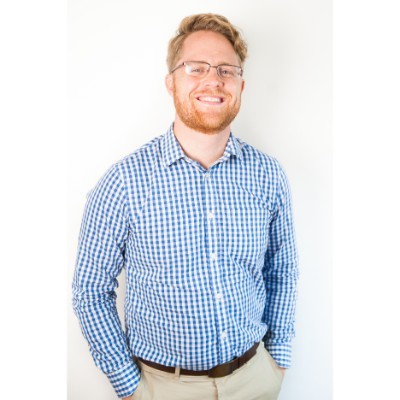 Meet the Sampsons. They’ve been tilling their land at Sampson Farms in Westport, Massachusetts since 1850. For over a century and a half, multiple generations of Sampsons have produced potatoes and other seasonal vegetables for sale at local farmers’ markets and grocery stores. Today, the farm is run by April Sampson and her brother Jerome—and it’s producing much more than potatoes.

Like most New England farmers, the Sampsons face their fair share of challenges every year, from short growing seasons to unreliable weather. But the Sampsons also have to deal with another problem: rocky soil. Though they found ways of cultivating their land around its rockiest parts, large swaths of their property remained unused every season. They needed to find a different way to put that land to use.

In 2015, BlueWave, the Sampsons, and the Town of Westport joined forces to build a 12.6 megawatt (MW DC) solar assemblage at Sampson Farms. For the Sampsons, solar was the perfect way to maximize the value of their land without impeding on their farming operations. BlueWave worked with the Sampsons to develop a project plan that made sense for their farming needs, fully optimizing both the solar and agricultural output of the land. Not to mention, the solar farm was to be developed as a community solar project allowing area residents, businesses, and institutions to subscribe and save money on their electricity costs.

Over the course of three years, BlueWave developed four separate project sites on the Sampson’s property. As built, the assemblage adds approximately 12,637 MWh of clean electricity to the grid every year—enough energy to power over 1,300 homes annually according to the EPA greenhouse gas emissions calculator. The environmental benefits of these projects are manifold, helping to avoid nearly 13,000 tons of carbon emissions annually. That’s the equivalent of taking over 2400 cars off the road every year.

But there are also environmental benefits beyond the clean energy generation. The solar developments have also brought improvements to the quality of the land and local ecology. During construction, BlueWave worked with local agricultural experts to seed the site with a mix of native grass and pollinating plants and installed birdhouses along the edges of the arrays. These efforts have resulted in an increase in soil diversity as well as the development of resilient local ecology, particularly in the shaded parts of the array. The Sampsons have noticed an increase in the amount of wildlife around the farm since the construction of the arrays. During the projects’ ribbon cutting, April Sampson even held a moment of silence so the cacophony of buzzing from moths, dragonflies, and butterflies could be heard.

“This solar farm is really important to our family business, allowing us to increase production, ramp up our retail space, and expand our operations."

The projects were also exciting developments for the Massachusetts solar industry at large. Two of the project sites were developed as part of the Solar Massachusetts Renewable Target (SMART) program, the state’s latest solar incentive program. In 2019, Sampson Farms officially became the first solar project in Massachusetts to transfer solar credits to customers under the SMART program. Those customers—over 120 residents, a handful of small businesses, and South Shore Hospital in Weymouth—started receiving solar credits in July 2019.

What about the rocks?

As it turns out, the rocky soil also presented challenges for the solar developers. In some parts of the farm, it was nearly impossible to install ground-mounted solar panels. So, in order to prep the site for the solar arrays, BlueWave worked with local contractors to excavate the soil, removing over 3000 tons of rock and boulder from the property. Instead of dumping the rocks as construction debris, however, BlueWave and the Sampsons worked with a local company named Sustainability Visions to repurpose the rocks for use in shoreline armoring projects throughout Massachusetts and Rhode Island. To date, over 85% of those rocks have been used on various projects from seawalls to stone walls, all in efforts to protect land from erosion. In one case, the rocks we’re used to replace a wall in Warren MA that had deteriorated due to storms and erosion. That new wall not only protected the homeowner’s land, but also preserved his docking area which was at risk of becoming unusable.

As climate change takes hold and global sea levels rise each year, these armoring projects are becoming crucial adaptation measures for coastal communities throughout New England and the world. And for the Sampsons, the removal of the rocks not only made ground-mounted solar installation possible, but even allowed the Sampsons to farm parts of their property that were previously unusable.

Thanks to solar, the Sampson legacy will continue to thrive, bolstered by reliable revenue and increased production. During the recent celebration at Sampsons Farm, after April’s moment of appreciation for her farm’s new biodiversity, April added,

“This solar farm is really important to our family business, allowing us to increase production, ramp up our retail space, and expand our operations. But it’s every bit as important to our neighbors because it means we can continue feeding them with the healthy food and clean energy they need. In a tight-knit community like ours, that means the world.”

Today, the Sampson Farms assemblage is owned and operated by Amp, a global development platform of solar and flexible generation clean energy infrastructure. BlueWave developed the projects and remains the Community Solar service provider for customers throughout Massachusetts. And the Sampsons are proud owners of a thriving farm, providing fresh produce and solar-powered savings to their community and beyond.