For the first time, there’s a new name calling the shots at Sullivan Tire 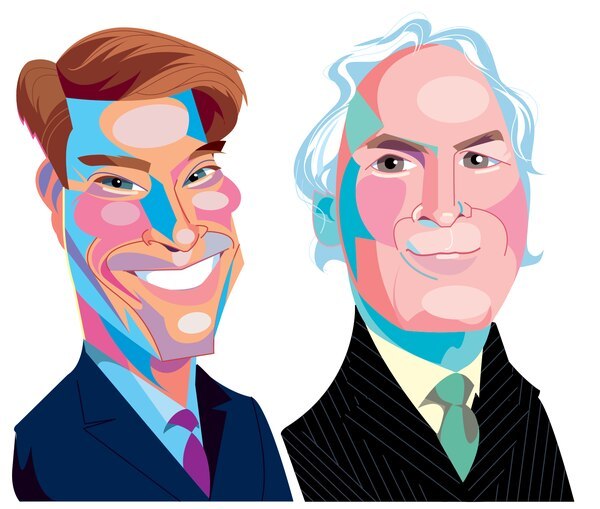 As Joe Zaccheo tells it, he came home from his accounting job at O’Connor & Drew, his first gig after graduating from Boston College, and told his wife he had found the perfect place to work after working on an audit for a client. That place happened to be one of O’Connor & Drew’s better-known customers at the time, Sullivan Tire.

Not only did Zaccheo end up joining the Norwell-based auto repair empire, but he is now also running it, as the first CEO from outside of the Sullivan family. Co-owner Paul Sullivan noted, “As a matter of fact, he’s not even Irish.”

After 26 years in finance and operations roles, the Sullivan brothers just promoted Zaccheo to chief executive, taking over for Bob Sullivan Jr., who remains involved as chairman. (O’Connor & Drew, by the way, remains Sullivan Tire’s accounting firm after all these years.)

“I looked at it almost analogous to a football team,” Paul Sullivan said. “Joe is on the sidelines with headphones, pacing, encouraging the players, calling the plays. We’re up in the press box, observing it as a whole entity.”

It’s a team that keeps growing. Sullivan Tire is now up to 113 locations and 1,200 employees, following the recent purchase of two C&R Tire shops in Worcester and Sturbridge. Despite its size, Sullivan Tire is not quite ready to leave New England, not while there are still more deals to be done here.

“We’ve a lot more coming,” Paul Sullivan said. “The growth’s not over yet.”

The company has come a long way in the 67 years since father Bob Sr. started it. The story goes that Bob Sr. was working for “a major tire company” when he was told to lay off people who worked directly underneath him. He refused. On the way home that night, he drove past a business space for rent in Rockland and decided he was done with working for someone else.

That culture of loyalty, espoused by the Sullivans’ dad, remains integral to the company’s DNA. Sullivan Tire just gave out bonuses to everyone who had been with the company for at least 10 years. That was about 400 people, or one-third of the workforce.

“We have a great base of longtime employees that carry the culture with them, day in and day out,” Zaccheo said. “I could tell from doing that [first] audit that the employees were really dedicated.”

A big bet on BlueWave

The founders of BlueWave Solar have cashed in on their investment, by selling their Boston-based solar development firm to a big infrastructure fund. And all 75 of BlueWave’s employees will share in the prize.

John DeVillars and Eric Graber-Lopez, along with chief executive Trevor Hardy, announced earlier this month that they had sold to Axium Infrastructure for an undisclosed amount. Hardy will continue as chief executive, and Graber-Lopez will stay on as president. DeVillars has ceded the chairman spot to Axium’s Thierry Vandal, though he will stick around as an adviser. In 2011, DeVillars spun BlueWave out of a similarly named consulting firm he had just sold and worked with Graber-Lopez to launch the solar company. Hardy joined the following year.

Until recently, they never needed to bring in outside investors. But they did reward employees in BlueWave by providing them shares in the company, totaling about 20 percent of the firm. So everyone at BlueWave received something when Axium came along.

“That to me was the sweetest part of the transaction, seeing people participate in a meaningful way,” Hardy said. “It made them hugely excited about being at BlueWave.”

BlueWave has been primarily a developer, planning and building solar farms and then selling them to others. (BlueWave recently started developing energy storage facilities as well.) But Axium is broadening BlueWave’s core mission to include ownership and operation to provide a steady stream of revenue. Axium’s backing will also help BlueWave expand its footprint beyond its core half-dozen states, mostly in the Northeast. The corporate workforce will grow as a result, likely getting to 120 people within three to five years.

“We’re a small band of warriors here,” Hardy said. “Getting the resources that these folks have can accelerate that geographical range. It’s really critical.”

Back visiting from Great Britain

Boston and Cambridge sure look different these days — at least from the perspective of someone who lived here 25 years ago and last visited in 2001.

Just ask Kwasi Kwarteng, British secretary of state for business, energy, and industrial strategy. The UK politician was in town on Wednesday, holding two roundtable discussions at the British consulate in Boston and visiting Cambridge to stop in at the Broad Institute and Commonwealth Fusion Systems. On Thursday, he was off to Washington, D.C., to meet with his counterpart in the Biden administration, Energy Secretary Jennifer Granholm, to discuss how their respective governments could work together to accelerate the transition to clean energy.

Back in 1996, Kwarteng saw Boston through a different lens, as a recently graduated college student here to take a one-year fellowship at the Harvard Kennedy School.

He returned to the area last week, hoping to learn about the secret to Greater Boston’s success. This region became the undisputed leader in biotech since he was here last. Kwarteng said Boston has potential to be a big player in clean tech as well. The universities are great, he said, but what really makes Boston distinct is its concentration of investment managers, from risk-averse pension plans to dice-rolling venture capitalists.

“It’s not just a trip down memory lane,” Kwarteng said. “It’s a really constructive trip understanding how capital can drive new technologies. … Boston is a great place to come and see how that works.”

A different Baker steps to the podium

The one no-show of the four had a good reason: Governor Charlie Baker was suddenly sick and stuck at home, his two public events for the day wiped from the calendar. (He ended up testing negative for COVID-19 and was out and about the next day.)

Into the breach stepped Baker’s wife, Lauren Baker, who gamely told the crowd at the Boston Convention & Exhibition Center ballroom that the governor was “really bummed” he couldn’t make it.

“I could have a lot of fun up here right now, [with a] microphone and no supervision,” said Lauren Baker, who is vice chair of the Wonderfund, which helps kids who receive services from the Department of Children and Families. “I promised I would behave. This is only the second sick day that Charlie has had since he became governor seven years ago. Having him home sick today was really, really unusual. Let’s just say I’m really happy to be here with all of you.”

She added that if her husband, who is wrapping up his final term, was there, he would remind chamber members that he still has work to do with tax cuts, economic development, and healthcare reform.

“It’s all really important, good work,” Lauren Baker said. “[But] I’m going to spare you all that.”

This article & photograph originally appeared in a Boston Globe article on May 23, 2022.