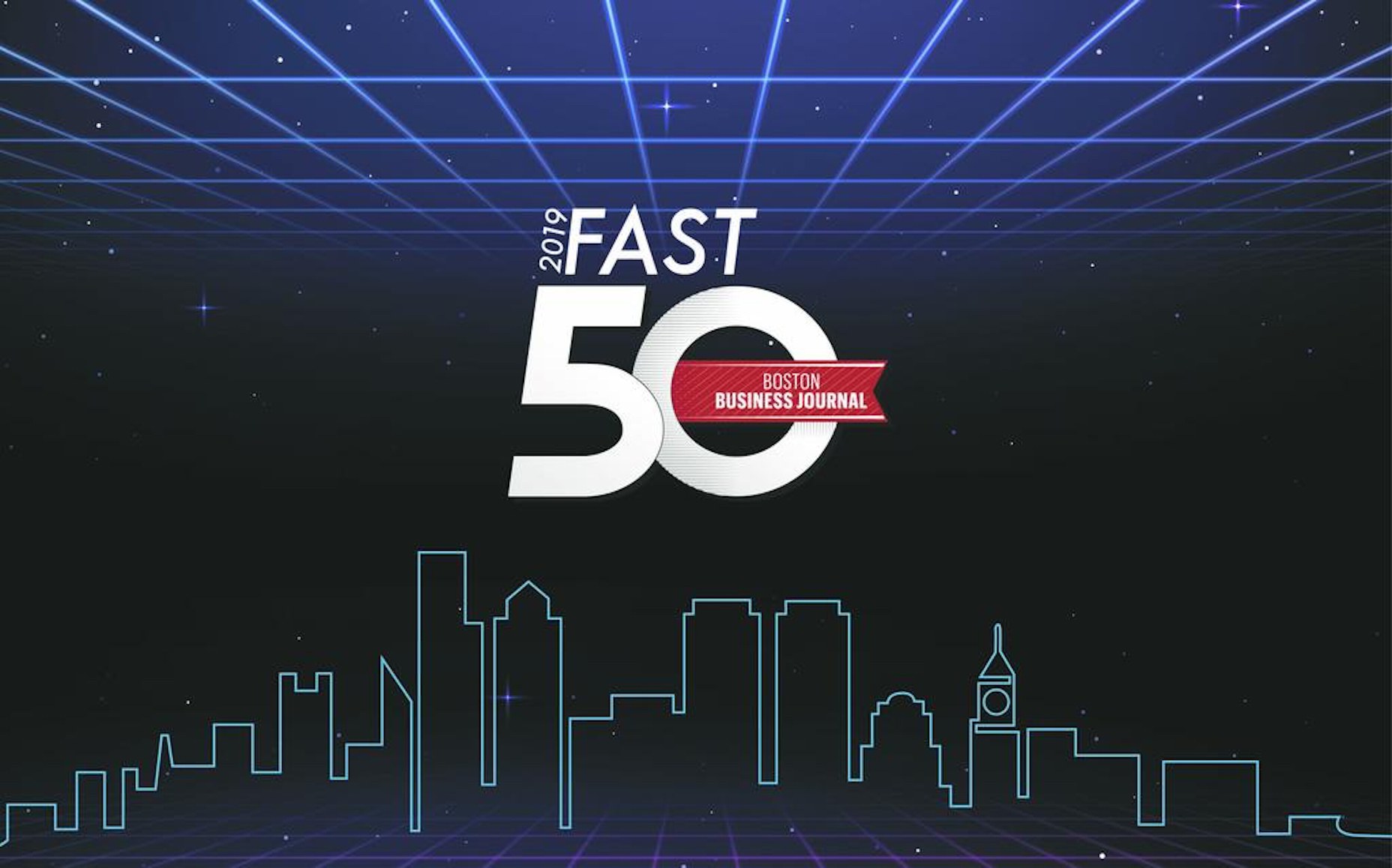 For the third consecutive year, BlueWave Solar has been named to Boston Business Journal’s list of the top 50 fastest-growing private companies in Massachusetts. This year BlueWave ranked number one on the list, having reported 923 percent revenue growth between 2015 and 2018.

Awardees on the list were recognized at a ceremony in Boston hosted by the Boston Business Journal on Wednesday night. BlueWave’s Chairman and Co-founder, John DeVillars, accepted the award and provided remarks.

“We are honored to be recognized for our financial growth in recent years. It would not be possible without the passion, strength, and commitment of our talented team of climate warriors, led so ably by our CEO, Trevor Hardy, and President, Eric Graber-Lopez” DeVillars said. “That team has achieved great things for the environment. BlueWave’s forty solar projects built to date, have helped avoid over two million metric tons of carbon dioxide emissions – the equivalent of planting over one million trees or taking more than 500,000 polluting cars off the road.”

“It would not be possible without the passion, strength, and commitment of our talented team of climate warriors."

BlueWave’s growth, while rooted in its solar development business, can also be attributed to its recent expansion into a broader array of community solar services. In addition to building community solar farms, BlueWave also offers solar credit subscriptions to local residents and businesses. These subscriptions allow utility ratepayers to reduce their electricity costs while supporting the deployment of clean energy. BlueWave provides community solar servicing on projects that it develops and for projects developed its partners in solar development.

"Our vision is to transform access to renewable energy," said BlueWave CEO and Co-founder, Trevor Hardy. "As we continue to grow, both in terms of company size and solar projects developed, we get closer to achieving that vision. Winning an award like this shows that solar has entered the mainstream in Massachusetts. Residents and businesses can now choose cleaner, more affordable energy, and as BlueWave and other renewable energy companies grow in the state, this choice will become more obvious."

“We’re thrilled about what this means for the clean energy industry as a whole. Our growth is testament to the idea that companies can do well by doing good for their communities and the planet,” added BlueWave President and Co-founder, Eric Graber-Lopez.

“Our growth is testament to the idea that companies can do well by doing good for their communities and the planet."

The Boston Business Journal’s Fast 50 list is released annually online at www.bizjournals.com/boston. This year’s list was highly competitive with 140 privately held companies up for consideration. The top 10 companies on the list this year posted revenue growth from 2015 to 2018 of at least 350% and nearly half of the companies on the list are in the tech industry.

BlueWave is on a mission to revolutionize energy with simple, powerful solar solutions. As a pioneering solar developer and leading community solar service provider, BlueWave has built more than 135 MW of solar projects to date and provides community solar access to thousands of customers. As built, these projects collectively generate enough solar energy to avoid roughly 137,000 metric tons of carbon emissions annually. BlueWave’s innovative community solar subscriptions and home solar loans make it possible for homeowners, renters, small business owners, municipalities, and commercial building operators to save money and to be part of the energy revolution. BlueWave’s cutting-edge Solar Management Platform enables solar asset owners and installers to conveniently manage their customers while giving those same customers an easily accessible online dashboard to sign up, manage their subscriptions, and review their account activity.

A certified B Corp, BlueWave has received national recognition for its work to protect the planet, including being named the Clean Energy Company of the Year in 2018 by the Northeast Clean Energy Council, a top impact company by Real Leaders Magazine, and a leading growth company by Inc. Magazine and the Boston Business Journal.