Developers say industrial-scale farms are needed to meet the nation’s climate goals, but locals are fighting back against what they see as an encroachment on their pastoral settings. 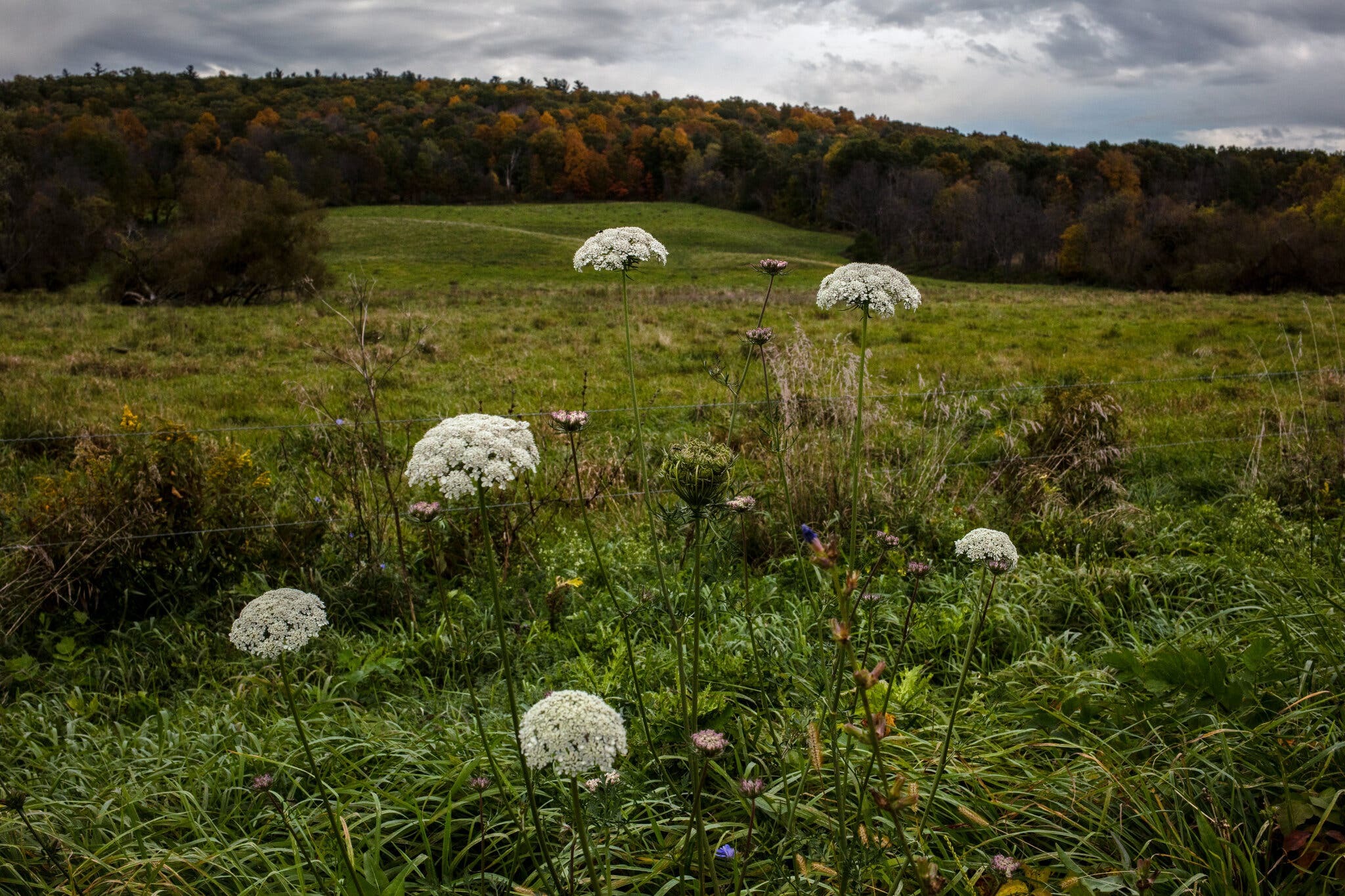 Hecate Energy, a renewable energy developer, had hoped to install a 500-acre solar farm in Copake, N.Y., a quiet town nestled between the Catskill and Berkshire Mountains. The setting was ideal because of its proximity to an electrical substation, critical to the power transmission.

But after facing an outcry from some in the community who feared the installation would mar the bucolic setting, Hecate scaled back its plans.

“We heard loud and clear,” said Diane Sullivan, Hecate’s senior vice president for environmental and permitting. “People felt that the project was too large and they wanted us to shrink it down.”

Hecate cut the size of the planned development to 245 acres, which it says will still produce the 60 megawatts of electricity in the original design.

The Copake fight mirrors similar battles raging across the country in rural areas like Lake County, Ore.; Clinton County, Ohio; and Troy, Texas. Developers say industrial-scale solar farms are needed to meet the nation’s goals to mitigate the rise of climate change, but locals are fighting back against what they see as an encroachment on their pastoral settings, the loss of agricultural land and a decline in property values.

Until recently, most farms were built in the West, where abundant sunshine powers industrial-scale solar arrays and installations were farther away from sight lines. But now, with federal and state governments committing to a reduction in fossil fuels, joined by corporate giants like Amazon and Microsoft, the industry is seeking solar installations in areas where the calculus is more complicated.

In the first half of this year alone, developers installed 5.7 gigawatts of solar capacity, for a total of 108.7 gigawatts of capacity, sufficient to reach 18.9 million U.S. homes, according to the Solar Energy Industries Association. That number is only expected to grow, said Sean Gallagher, the group’s vice president for state and regulatory affairs.

“Utilities are increasingly interested, corporations want to go green, and consumers want them all to be cleaner,” he said.

The proposals often involve hundreds of acres of solar panels. “Typically, five to seven acres are needed to create one megawatt of power,” said Matt Birchby, co-founder and president of Swift Current Energy, a solar developer that is working on a proposal for Clark County, Ky.

Improvements in the capabilities of the panels — including the development of so-called bifacial panels that capture the sun on both sides of a panel — allow for greater electricity generation in fewer panels, meaning a smaller footprint.

Nonetheless, finding appropriate sites with sufficient sunlight, proximity to the grid and up-to-date infrastructure is challenging.

Approximately 0.5 percent of U.S. land would need to be covered with solar panels to achieve the decarbonization goals proposed by the Biden administration in April, according to a study by the Energy Department. Urban settings usually lack enough space for significant projects; as a result, 90 percent of the suitable land sits in rural areas.

But even rural land is not entirely suitable. It needs to be in proximity to the electricity infrastructure that can add more power. The grade of land matters: Steeper slopes can be less efficient in the energy captured than flatter land. And wetlands are usually protected by federal or state law.

More important, development depends on owners willing to lease their property often for decades over the objection of neighbors. (Proponents say leases can be more lucrative and more reliable than traditional farming.)

Even those dedicated to protecting farmland say that the issue can be complicated. “Answering the question of how and where to put renewable energy installations on our food-producing farmland is not easy; but we know that it’s necessary,” said Samantha Levy, the climate policy manager of the American Farmland Trust, an organization founded to protect farmland from development.

Residents say they want more studies and a voice in the process. “We are not saying not in our backyard, we’re saying the developer can do a lot better in our backyard,” said Darin Johnson, a member of Sensible Solar for Rural New York, which is opposing the Copake project.

Not all in the community are opposed, however. Some residents created a group called Friends of Columbia Solar to promote their view that more solar power is necessary to combat climate change.

Nonetheless, the Town of Copake, along with several other New York communities and Audubon groups, sued New York State, challenging a new law aimed at making solar projects easier to build in the state as part of an ambitious plan to reduce fossil fuels by 2030.

A state court judge in September rejected the suit, and the plaintiffs intend to appeal, said Jeanne E. Mettler, the town supervisor. “This is not a black-and-white situation,” she said.

A similar fight has emerged in the Bluegrass region of Kentucky, where community members began organizing last year once word got out that developers were talking to property owners about leasing land for two projects in Clark County.

“Ours is a small town and we all know one another and our efforts are not against our neighbors,” said Will Mayer, the executive director of the Clark Coalition, the opposition group. He added that the project could eclipse agricultural use of the region, which has already lost acreage because of other types of development.

One of the projects is backed by Swift Current, which is proposing a 1,200-acre solar farm there. The company has been working with residents to address their concerns, said Mr. Birchby, who added that the project would have “minimal” impact on their view.

“We want to make sure that any project that we’re developing can be a good long-term neighbor and member of the community,” he said.

The other project in Clark County is being developed by Geenex Solar and EDF Renewables. Both companies declined to disclose details, but Kara W. Price, the senior vice president for permitting and development at Geenex, said in an email that when the two companies “are ready to present our potential project to Clark County officials and the community, it will be done in a very public manner and will provide multiple opportunities for discussion and input.”

Because of public concerns, the local government in late summer denied permits for both projects until a comprehensive plan can be made, said Robert Jeffries, the planning and community development director for Winchester, Ky., the largest municipality in Clark County, which has jurisdiction over land use.

To address residents’ concerns, some developers are adding screens to avoid obstructing views and are contributing to community causes to be good neighbors. Others are trying to create pollinator habitats in and around the panels, and some are creating suitable spaces for grazing.

Another solution for developers is agrivoltaics, a technology that allows land to be used for both farming and solar power. Already in limited use in Europe, including in some French vineyards, agrivoltaics are being tested in the United States by developers like BlueWave Solar, a start-up in Boston that has put its raised panels to use in Grafton, Mass., and is about to start a pilot program in Maine to enhance blueberry production, said John DeVillars, co-founder and chairman of BlueWave.

While the turf fights continue, supporters of the solar farms acknowledge that the discussions with their neighbors and local leaders are a balancing act. “We have been trying to tell local officials that there is support for solar and that it’s not a simple story,” said Juan-Pablo Velez, a co-founder of Friends of Columbia Solar.