Agrivoltaics are being explored worldwide and researchers are already reporting benefits when it comes to boosting renewable energy and protecting crops. 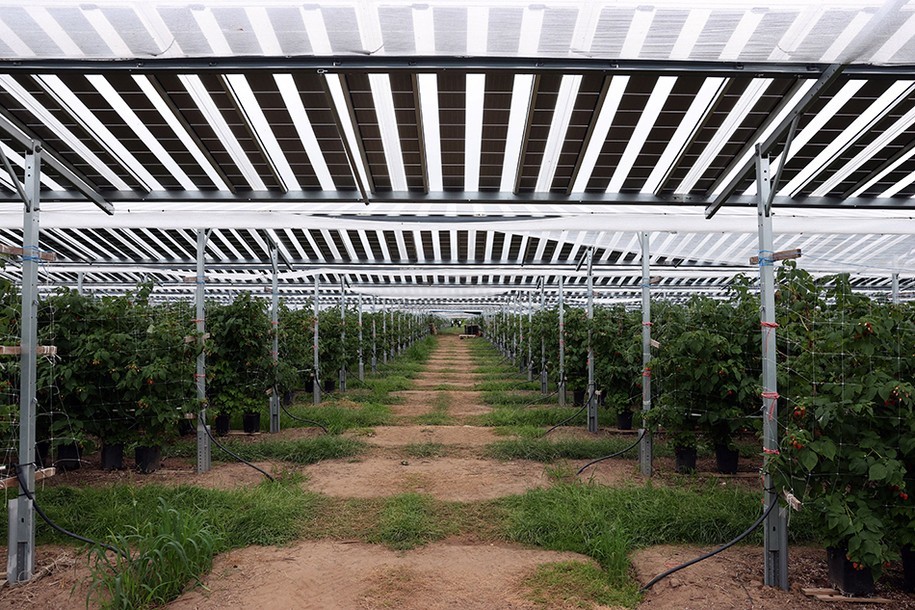 Extreme temperatures and weather events are fast becoming the new normal thanks to climate change. With heat waves blistering the planet, researchers are finding creative ways to make the most of hot, sunny days through renewables while also addressing agriculture woes. Oregon Public Radio has a delightful write-up of an emerging solution clearly having a moment after more than a decade of obscurity. Agrivoltaics uses solar panels to shade and protect crops and even grazing animals while those panels generate electricity. Oregon State’s research farm in Corvallis has already embraced the technology and found that crops shielded by solar panels required less water. In turn, those same crops could be shielded from frost when temperatures drop.

Oregon State agriculture professor Chad Higgins explains how solar panels have already helped the university’s research farm crops amidst the current heat wave gripping more than 100 million Americans. “What they do is what we do when we’re out in the sun: we sweat,” Higgins told OPR.
”Plants do something similar where they use water to keep their leaves cool enough for photosynthesis so, if you take that stress off them, now they’re using less water.” Higgins found through research he co-authored two years ago that even just reserving 1% of farmland in the U.S. to be used for agrivoltaics could meet 20% of the country’s electricity needs through renewables, to say nothing of the profits earned from farming. “I think the keywords are: more food and better food, less water, extra revenue for the farm. It’s a four-way win for farmers,” Higgins told OPR.

It’s not just universities or smaller farms seeking sustainability and self-sufficiency that are looking into agrivoltaic options. Entire businesses are now betting on agrivoltaics, including the company BlueWave, which was recently profiled by the New York Times. BlueWave has projects in multiple states and installed its first solar panel system in Rockport, Maine, last year alongside Navisun, which now owns and operates the 10-acre project. BlueWave’s work eventually caught the attention of Axium Infrastructure, an investment management firm with a portfolio that includes many solar, wind, and hydroelectric projects. BlueWave was acquired in May by Axium.

Given lowered costs to manufacture key renewable components, the price finally seems right for agrivoltaic projects that more than pay off their initial upfront investments. “Not only do agrivoltaics advance the clean energy imperative, but they are critical to maintaining working farms,” BlueWave co-founder and board chair John DeVillars told the New York Times. Also encouraging? According to the Times, a majority of the crops grown through agrivoltaic systems tasted better to consumers than their traditionally grown counterparts.

This article & photograph originally appeared in a Daily Kos article on July 21, 2022.